URGENCY FOR IMPLEMENTATION OF HEALTH AND ENVIRONMENTAL PROJECTS IN INDIA 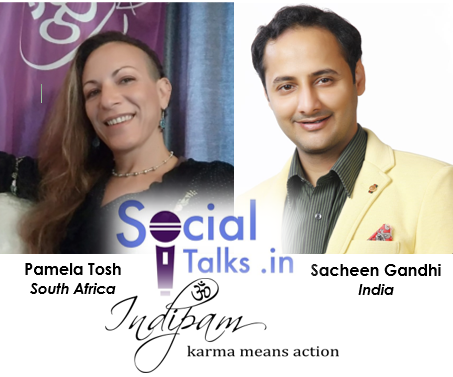 After two years of intensive research pertaining to the harmful effects of the incorrect disposal of pharmaceutical drugs and sanitary ware across India, Gandhi’s attempts to highlight these concerns have fallen on deaf ears. The lack of response from India’s states and officials has forced Gandhi to seek efficient alternatives to bring a sense of urgency to the increasing problem.

India’s self-reliance during a period of time when our world is experiencing one of the biggest humanitarian catastrophes in the history of mankind is commendable, however India has averted, for many years , the need for a more exemplary approach to the disposal of waste and waste management. Such is evident on the railways, the most intricate and biggest public transportation system which leaves a trail of commuter waste across India. The noticeable increase of discarded disposable masks in water systems across India can be seen as far south as Goa where they are being found washed up on beaches.

It stands to reason that related health and environmental concerns in all aspects need to be assessed and addressed now, while the world is in limbo. We simply cannot stand back whilst people are dying of COVID-19 without looking closer at some major flaws in the health and environmental system in India. The world crisis is dictating to us how we should be vigilantly sanitizing ourselves by social distancing, wearing masks and using various health products from hand sanitizers and sprays to additional medicinal precautions, immune boosters and vitamins. There is most certainly more we can do to make ourselves and others aware of the hazardous effects of these products and chemicals, and what our role in the solution should be.

In a short documentary Sacheen Gandhi is supported by government officials Dr. Vimal Rarh the Joint Director of MHRD; Mr Arul Nasa the Deputy Drugs Controller; Dr. P L Sahu  the Director of the National Dope Testing Laboratory India and Dr. Tarun Virmani Professor of MVN University. Central and Delhi Government representatives went on record to state that the unwanted medicines are having a greater effect on the environment, and evidence should be sufficient to prove the need for improvement in municipal disposal and recycling initiatives. Please watch and note this video is currently only available in Hindi language.

In India a man’s relationship with his environment is entangled in centuries of caste conditioned attitudes and habits which need to be shifted with education and skills development programmes, integrated with consistent awareness and media campaigns across the nation.

We see our natural earth healing because of restrictions and limitations to travel and trade, however the reductions have had an adverse effect on NGO’s struggling to operate in this poor economic climate. Corporate sponsorships are unable to fulfil their pledges, more deeply rooted social issues are arising during lockdown and longer term environmental problems surfacing through our own ignorance. We must use this opportunity now to assess and look deeper at the social injustice done to the environment by our waste.

It is imperative now that the relevant government sectors allocate the required resources to the extensive scientific and biodiverse studies which need to be executed during this time. Implementing solutions now will mean a much less disastrous impact when the world starts to speed up again. We need to counteract the damaging footprint which will inevitably ensue, taking our waters back to the state they were in previously.

Both Gandhi and Tosh have been working from opposite ends of the spectrum for some time, but with one main goal, to unite NGO’s across India, improve communication and set up a list of Directives which need urgent consideration for a process of talks and strategic meetings about various welfare concerns.

Pamela is well known in India for her devotion as a Karma Yogi, and has spent time on the streets of Rishikesh serving the poor and homeless in her private capacity over the past seven years. During this time her company ‘IndiPam – Karma Means Action’ has intensively researched and documented various welfare related issues in the northern region, Uttarakhand. Pamela has aligned with various individuals, NGO’s and organizations as a spokesperson or representative offering those who need a voice, a platform or umbrella. Subsequent to her experiences with animal rescue organizations such as Doon Animal Welfare, Dehradun and other privately owned and internationally funded teams in the region, Pamela created Rishikesh Animal Welfare – a Facebook page serving as an online resource and information centre, to improve communication between the service providers, offer resources, volunteer services and emergency advice to western travellers visiting the yoga capital. In 2018 Pamela became the administrator of Rishikesh Yogis Community which has since doubled in membership to over 15 000 members from around the world and, which saw an influx of community orientated upliftment and feeding projects spring up at the start of lockdown in March 2020.

IndiPam brings a global focus to the spiritual yoga centre, as well as various projects and initiatives which have been highlighted on this platform over the years. Unfortunately, with no actual improvement to the developing infrastructure, sewerage and waste disposal concerns which were critical years ago. The burning of plastic waste continues in public areas, amongst spiritual centres, ashrams and yoga schools, as well as dogs eating sanitary wear from open dustbins. Open dustbins around Rishikesh, which is nestled into the foothills of the Himalayas amongst a lush natural environment attract cows, monkeys and dogs. A group of local business owners have been trying for years to have the correct bins and recycling implemented in this region. Cows eating out of landfills, garbage dumped over bridges, down hillsides, create landslides down river banks in the Tapovan area, which slide directly into the Ganga river. Monsoon rains also increase the risks of water born diseases from contaminants and toxins emphasizing the need to drink purified or bottled water. Of course, Rishikesh too is not the only city in India which is so closely established on the banks of a river, which seemingly cleans the environment by taking sewerage and waste down river.

IndiPam offers a unique perspective and objective approach to the impoverished conditions in India by integrating holistic simplified solutions, strategic foundation planning and organized execution or project management. It is important to acknowledge that much of the success we are experiencing at the core relating to social and environmental welfare is being taken on by selfless individuals, NGO’s and organizations fighting for the improvement of services. Much of India’s tourism relies on the influx of international travellers throughout the year with previously determined volunteer commitments. Volunteer and yoga tourism is a vital part of the growth and development of India on grass roots level where so many poor and homeless people are reliant on help from others. There is also an integrated network of seasonal domestic travellers between north and south India who volunteer at more than one organization depending on the time of year and with consideration to monsoon and winter conditions.

Privately owned and internationally funded NGO’s have now had to reduce, change, modify or end their services during this lockdown period. As well as, many owners of these organizations have been forced to return to their own countries during this time, and continue to deal with adverse effects to the efficiency of their operations on a daily basis.

large part of India’s volunteer tourism relates directly to health and welfare related jobs with NGO’s and which require some skill, knowledge and experience.

Producers, both locally and internationally, should be vigilantly looking at ways to improve their products. First and foremost packaging should be sustainable and bio degradable. Packaging should also, based on the product’s impact on the environment, have clear indications of environmentally conscious disposal solutions.

This video was taken on Arambol Beach, North Goa, June 2020. A group of international travelers, led by Russian Pavel Boloyangov, are making their mark by cleaning the beaches after season and promoting awareness across social media platforms.

By taking responsibility for our footprint, the impact on each other and society, we can begin to solve many different areas of concern which primarily can be resolved with organized communication and education initiatives and the availability of resources. The truth of the matter is, that the longer we don’t address the need for these resources as an integral part of maintaining the continued upliftment of underprivileged communities, the increasing longer term problems are going to put a massive strain on the recovery of health related statistics in the country.

In April 2018 I visited the Gandhi Memorial Park in Dehradun only to be shocked to witness two groundskeepers brutally hitting sleeping dogs with long sticks. I was invited to attend the inauguration of the Free Medicine Clinic by Doon Animal Welfare that weekend, and in contradiction I was appalled and overwhelmed by the horrifying experience. I realized at this time there was much more that needed to be done. If the ‘Father of the Nation’ were to be here today what would he say? Mohatma Gandhi established himself as an activist and political leader in South Africa fighting for the rights of people he never knew without pride or prejudice, but because he understood the collective suffering of all who were underprivileged. Pamela Tosh reiterates her bond with India as a stepping stone to the bridge needed between India and South Africa who share historical similarities in their diverse cultures.

It is with a deep sense of sorrow that I feel the imbalance of Rishikesh, and my role as Karma Yogi is apt for the impression...

URGENCY FOR IMPLEMENTATION OF HEALTH AND ENVIRONMENTAL PROJECTS IN INDIA Sacheen Gandhi the founder of Social Talks, a regis...

MOTHER MIRACLE – The Spirit Behind Computers For Kids

I believe that we come from one Divine energetic source. My own quest for answers led me to Rishikesh for the first time in 2...

Karma Yoga – the ‘YOGA of ACTION’

My journey of 'transformation and expansion'... Published in the Oct-Nov 2019 issue of Yogic Herald  Serve, love, give...